Based on the "Game Development" category.
Alternatively, view d3d9 alternatives based on common mentions on social networks and blogs.

Quickly and easily build and deploy open source unikernels in tens of seconds. Deploy in any language to any cloud.
Promo github.com/nanovms

Do you think we are missing an alternative of d3d9 or a related project?

This library is a pure Go wrapper for Microsoft's Direct3D9 API.

Here you can see the library in action, it was used for two 48 hour game jams.

This is my entry to the GopherGala 2016: 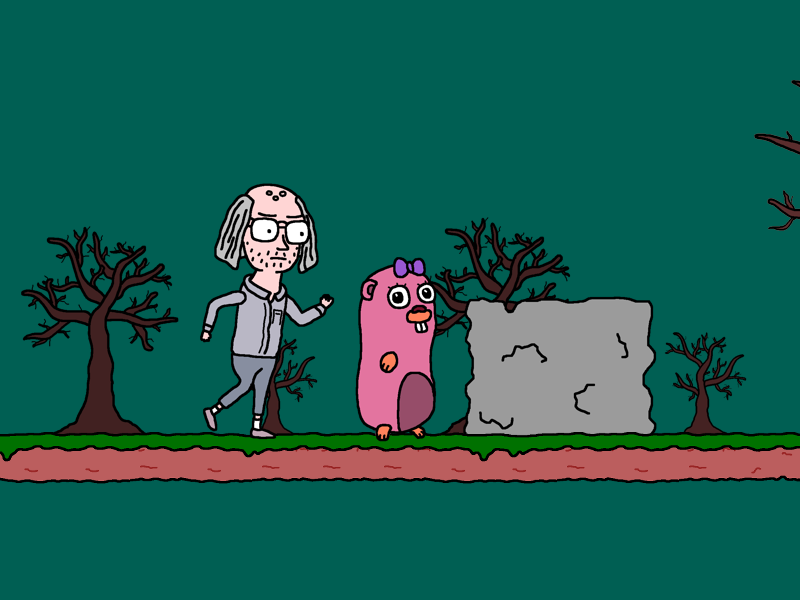 And here is my entry for the Ludum Dare Game Jam 2016:

Get and build the library with:

To run a Direct3D9 application you need to have d3d9.dll installed on your system. Luckily, all Windows versions starting with Windows XP have this pre-installed. This means that you will not need to ship any additional DLL with your application when using this library.

There are some differences in the names in Go, since the package is named d3d9, all names in that package drop the D3D and 9 parts because they would be redundant. The changes are:

Note that Direct3D9 needs a window handle for setting it up. This means that you need some way to create a native window and get the handle to pass it to d3d9. In the samples you can see how to do it using the SDL2 Go wrapper and Allen Dang's w32. You could also use other Windows wrapper libraries, like the walk library, or just write a little CGo code to set up a window yourself. This library does not provide window creation or event handling functionality, only the Direct3D9 wrapper.

All calls to Direct3D9 must happen from the same thread that creates the Direct3D9 object so make sure to add this code in your main package:

There are some additional convenience functions. IndexBuffer and VertexBuffer have Lock functions which return void* pointers in the C API and would thus return uintptrs in Go. You can use these pointers to read and write various types from/to that memory. However, using uintptr or unsafe.Pointer is not idiomatic Go so the Lock functions return a wrapper around the uintptr instead, providing functions of the form GetFloat32s and SetFloat32s which take a slice of []float32 and handle copying the data for you. See the documentation of these functions for further information.

Similarly, when locking a two-dimensional resource, like a texture, you will get a d3d9.LOCKED_RECT. It too has a wrapper function for setting its 2D data. There is however no function to read the data, yet, and no functions for reading and writing sub-rectangles which could be useful. These functions can be added when needed by a real application to see the use case first and implement the functions according to that instead of guessing what might work. If you need such a function, create a pull request or an issue and it can be incorporated in this library.

See the GoDoc for the Go API. The functions are only documented very generally, to get more detailed information about the Direct3D9 API see the MSDN documentation.

The samples folder contains some example programs that show the basics of setting up and using the library.

A real world usage of this library is my entry to the GopherGala 2016. It was first built using SDL2 and after the competition I ported it to DirectX, see main_windows.go for the implementation.

Another real world example is my entry for the Ludum Dare Game Jam 2016 which is Windows only.

The code started out as a rough version generated from the MSDN online documentation and was then manually refined to work well with Go and its conventions. It wraps the whole Direct3D9 API right now and adds some additional convenience functions for easy Go usage. However, LOCKED_RECT only has one function for setting the whole data rectangle at once, there is no simple way to set only sub-rectangles right now. Similarly the CubeTexture's LOCKED_BOX has no wrapper functions for getting and setting its data, yet. For now the raw uintptr memory pointers can be used along with the pitch values and in the future such functions can be added when needed.

Only real world use and feedback can improve the usability of this library, so please use it, fork it, send pull requests and create issues to help improve this library.